Homepage blog How To Identify Amanita Muscaria – The Fly Agaric?
in blog June 3, 2022 by Amanita Store

You know amanita muscaria are among the most popular and well-known mushrooms. But they are often confused with other similar mushrooms. Now that’s a little crazy. The Fly Agaric is a member of the Amanita genus, which contains some of the most toxic mushrooms in the world.
Amanita muscaria is a distinctive-looking fungus often associated with stories and fairy tales. It can be found across the globe and used for centuries in different cultures.
This iconic and classic toadstool species is widely encountered and most recognizable. Mostly its appearance is known with a red cap covered in white dots and a white stem. This article will help you identify the fly agaric and its lookalikes!
Are There Amanita Muscaria Lookalikes?
Though fly agaric has a distinctive appearance, it often gets mistaken with different red to yellow mushroom species. Like in the Americas, it is confused with amanita basii and armillaria cf. mellea.
Similarly, in Europe, it’s with a Mexican species like A. Caesarea. It has mostly been confused with Agaricus and puffballs, but they can easily be avoided by more close attention. Now let’s identify Amanita muscaria – the fly agaric.
So, How To Identify Amanita Muscaria?
An efficient approach to identifying Amanita Muscaria is checking all parts of the mushroom. But it’s best to let the experts identify and harvest fly agaric for you. Here Amita Store is a great option. Anyway, now let’s see how to identify it:
Common Range: It is native to the northern hemisphere, particularly in boreal and temperate areas. But now, it is also commonly seen in the southern hemisphere.
Common Habitat: It is native to deciduous and conifer woodlands. Often their roots partner with different plants within their common range.
Smell: There is nothing distinctive to identify them with the smell
Cap: Typically, it’s red, while in some regions, it is yellow or orange. Likewise, there are brown and white varieties too. The cap is medium to large, often domed when young, and flattens with age.
Cap Upper Surface: On the cap surface, white or yellow spots are spread throughout. They can get knocked by rain or animals, and the interior flesh is white and turns yellow after being cut open. Spores: The spores are ellipsoid and white. And the color does not turn blue with iodine.
Stem: It has a medium, thick long stem. It has a distinct tissue cup around the swollen base and a tissue skirt near the top. Often the swollen base breaks up to transform into a ring of scales.
Stem Color: The stem is white or whitish.
Gills: The gills are crowded and white to pale yellow. Meanwhile, they are also not attached to the stem. 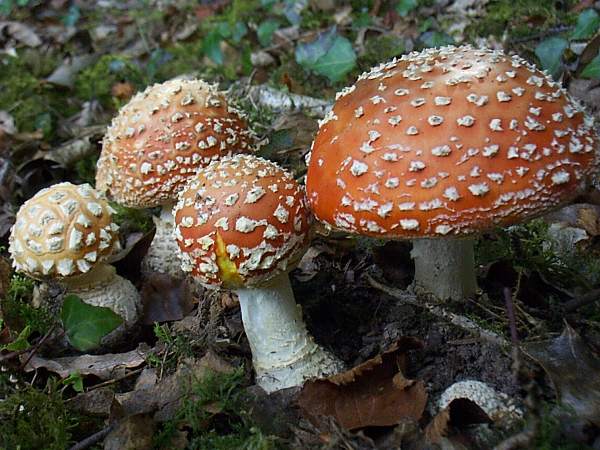 What Are Different Development Stages Of Amanita Muscaria?
The fly agaric is easily recognizable due to its bright red cap with white spots and its white gills and stem. These fungi can be quite large, with caps often measuring over 10 cm in diameter. But, to identify Amanita muscaria, you must know its different stages of development.
Amanita muscaria is enclosed on a tissue shell known as the universal veil at the start. And once the mushroom starts expanding, this rupture bursts. The placement and shape of its remnants are an essential diagnostic feature here.
Initially, the gills are also covered by a sheet of tissues that rupture, and its remnants help identify this mushroom. So, the amanita muscaria can be in an egg shape, mushroom appearance without gills, or all the physical traits highlighted above.
Another notable aspect is the bumpy universal veil. The cap is initially covered with a bumpy veil, but as it starts to expand, the bump also spreads, which makes warts distinctive. So, we can say the cap isn’t spotted but has a natural art with scales or cups at the base of the stem.
The veil keeps hanging like a skirt or ring around the stem from the stem. But can be torn due to the physical conditions where it grows. Typically, it has vibrant colors and can be spotted easily. 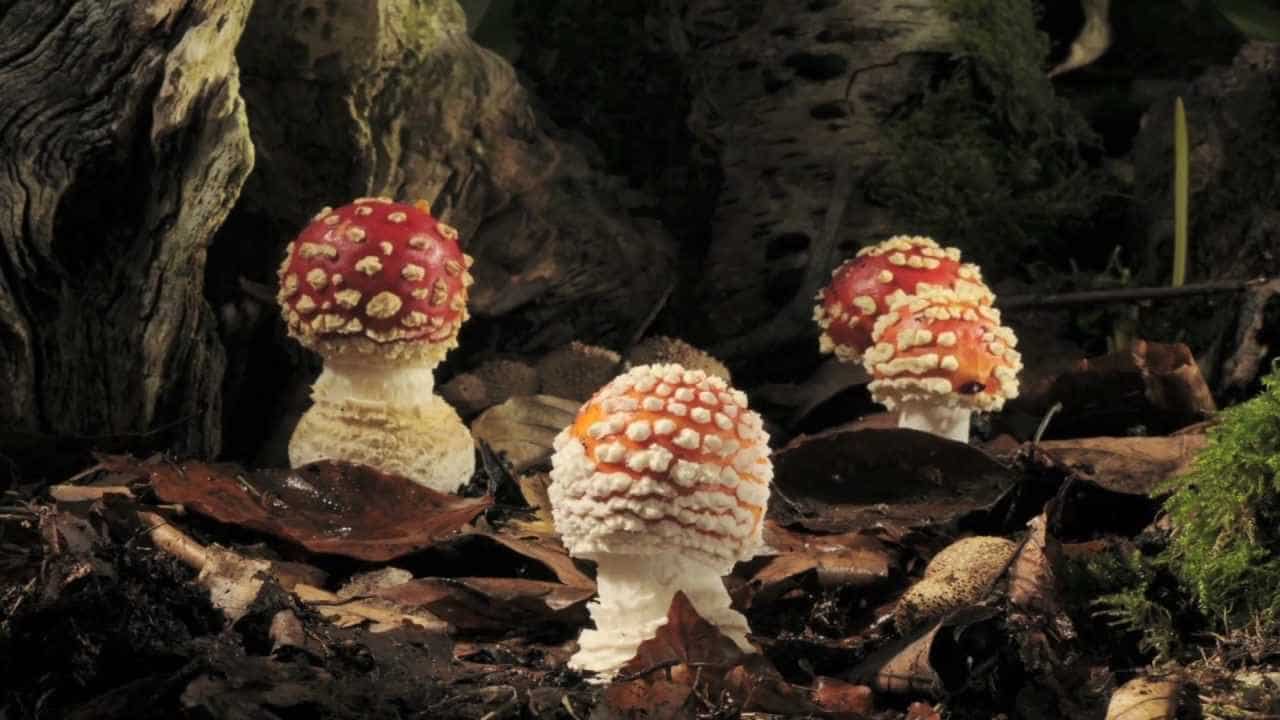