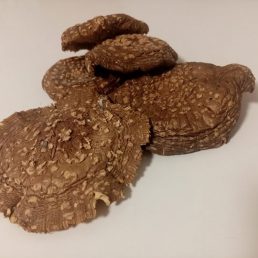 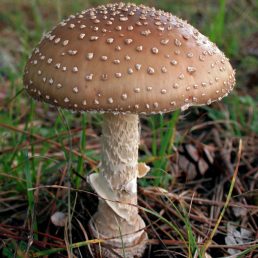 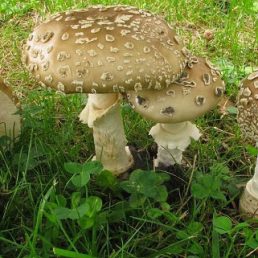 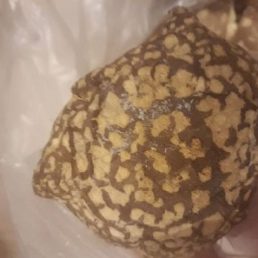 Amanita Pantherina cap is deep brown to hazel-brown to pale ochraceous brown mushroom, with densely distributed warts that are pure white to sordid cream, minutely verruculose, floccose, easily removable. Amanita pantherina contains the psychoactive compound muscimol, but is used as an entheogen much less often than its much more distinguishable relative Amanita muscaria.

A back story to amanita muscaria mushroom
In the old world, the  fly agaric mushroom (Amanita muscaria) has been closely associated with northern European and Asiatic shamans and their rituals. Researchers have documented its use or presumed use by numerous cultures throughout Europe and Asia. In Siberia, its use predates the crossing of the Bering Straits into North America.

Fly agaric has a long history of use in religious ceremonies, particularly in Asia. For over 4,000 years it was the ingredient in a sacred and hallucinogenic ritual drink called ‘soma’ in India and Iran; while the Siberian shamans would give it out as a gift in late December.

This mushroom has turned in  alot of fairy tale stories and features in the story of Alice in Wonderland when she is given some amanita muscaria  to eat.

The primary active chemicals known in Amanita Pantherina are muscimol, Ibotenic acid, Muscazone, and Muscarine. This mushroom has more toxic chemicals so it is a highly poisonous.  Reports of human deaths resulting from its ingestion are extremely rare. Our product is not for eating and we are not responsible for any poisoning and damage to health if consumed.